“Shout It To The World”

Coming soon launch of the single on January 8th 2021!

“Shout It To The World”

Coming soon launch of the single on

The feeling you get while driving and a falling star enters your periphery and there is no one else around to witness it. The exact same feeling you get when you are in some obscure venue and this artist of whom you have never seen before or ever heard of is killing it on stage and you realize then you are witnessing something rare, something different and that something special that can go the distance. 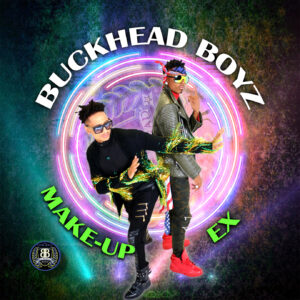 Maybe that was not a falling star, but a shooting star and just maybe you were at the right place at the right time (or as George Clinton would say “Once upon a time called now!) and that “shooting star” is The BUCKHEAD BOYZ. This duo cleverly blends the feel of the pop, hip-hop and rock into a seamless musical vehicle. What seems like a murmur in today’s crowded music landscape is an underground volcano on the brink of eruption! As hot lava defying topography, the self-styled Buckhead Boyz defy artistic restrictions. This defying is evident by the complexity and makeup of their audiences. Today’s quest for social change has morphed a new music consumer audience and fan base; one that crisscrosses and appreciates various styles of music not just one. The Buckhead Boyz is set to emerge in these times as a frontrunner for this new complexed audience.

Having lived in Los Angeles, New York and currently living in Atlanta, Terrance, singer/songwriter/producer, has a deep appreciation and is influenced by artists from Prince, Lincoln Park all the way across the spectrum to Drake, Migos, The Weekend and Calvin Harris. He states being a “360 artist” is far more important than having a “360 record deal.” A return to artist development and understanding of the business of music, promotion and marketing is key if artists are to have longevity

Nikita, singer/rapper /stylist, also currently residing in Atlanta, lives for artists such as Dua Lipa, Shawn Mendes, Jason Derulo, Chris Brown, and Missy Elliott. Nikita loves a sense of style and fashion and brings it to the forefront to be as important of an expression as the music itself. Nikita believes the days are long gone and the chains are off artists being cookie cutter trend fashion followers. Nikita feels self-expression to your own soundtrack is one of those ultimate highs which artist seek.

The Buckhead Boyz has recorded the song “I Like California” for the soundtrack for the upcoming Netflix movie, “I Feel Sin Coming On”; the adaptation of the book “Hollywood Through The Back Door.” At press time, their single “Make-Up Ex” has just been released nationally. The have just been awarded the Radio & Records New Artist of the Year. Having performed well over 200 shows over the past three years, the duo was set as the opener for a national tour with major recording artists. Look for this tour to reignite post pandemic in 2021. With their foot already in the industry’s back door, we can only expect the shooting star that is The Buckhead Boyz to continue to rise, pick up speed and get brighter!

THE JOURNEY THE EXPERIeNCE

GET IN TOUCH WITH US